What are you searching for?

Proudly
Made In The USA

Bringing over 140 years of experience, Neenah Enterprises, Inc. (NEI), has been a consistent leader in producing durable castings for municipal and industrial sectors across the world. NEI is a provider for many of the world’s leading manufacturing companies. Our facilities provide casting, forging, machining and assembly of key component parts for heavy truck, agriculture, construction, HVAC and a host of other industries.

Through continuous improvement, we strive to be the preferred partner that consistently delivers exceptional quality, service and value-added solutions to our customers, a fair return to our shareholders and provide a safe work environment for our employees.

In 1872, William Aylward opened the Aylward Plow Works in Neenah Wisconsin. Little did he know the direction his small plow company would go in the next couple of decades. Aylward Iron Works laid the groundwork for what would become Neenah Foundry. While the country would weather many storms in the 20th and 21st century, Neenah Foundry retained a steadfast presence in the water and sewer industries. Neenah Foundry was able to grow during the Great Depression due to WPA projects, supplied war materials in World War II and grew to become the national leader in construction castings during the economic boom of the 1950s.

The American Recovery and Reinvestment Act (ARRA) of 2009 was enacted to stimulate the American economy by supporting American jobs. A “Buy American” provision in the Act mandates that “none of the funds … made available by this Act may be used for a … public building or public work unless all of the iron, steel, and manufactured goods used in the project are produced in the United States.” Millions of Americans – such as those working at NEI’s seven manufacturing plants – rely upon this stimulus funding to protect their jobs and their families.

We are excited to announce the launch of Neenah Foundry’s newly designed ...

Employees at the Neenah Foundry Company, a Neenah Enterprises, Inc. ...

Neenah Enterprises, Inc., (NEI) has finalized a three-year contract with ... 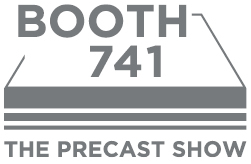 Please visit us at The Precast Show in booth 741, May 20 – 22, 2021, to speak with our engineers and learn about our offerings for precasters.